The human eye sees and appreciates the world through its colors. Not only do colors have an influence on our emotions, they can also represent different meanings and symbolism in different cultural contexts. This practice of color symbolism dates back to ancient times, where people wear certain colors to signal social status or celebrate special occasions.

Colors are deeply rooted in our brains because they are an inseparable element of everything we see, and a vital element that helps us identify and classify objects through the meanings that they tend to be associated with. For example, Red is for energy, passion, and danger, Yellow for happiness, hope and spontaneity, Green for nature, growth, and harmony, and Blue for calmness and wisdom.

The History of Blue

Historically, the color Blue has been an object of wonder due to its rarity in nature. During a period where colors and paints are derived from natural sources such as minerals and insects, Blue was a color that was hard to come by. Thus, due to its rarity and vibrant hue, as well as the fact that the color is found in the earth’s greatest natural features - the sky and oceans, it’s often associated with royalty and authority.

The first artificial blue pigment was developed by ancient Egyptians who had figured out how to create a permanent pigment that can be used for “decorative arts.”  Hence, Blue represented so many things that are creative, positive and imaginative. 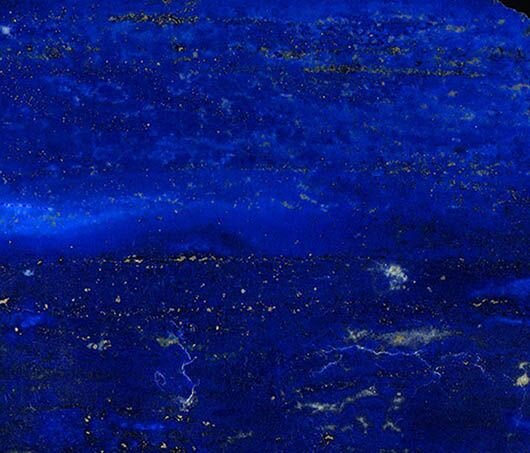 A close up of the Lapis Lazuli

“Blue is the only color which maintains its own character in all its tones. It will always stay blue; whereas yellow is blackened in its shades, and fades away when lightened; red, when darkened, becomes brown and when diluted with white is no longer red, but another color - pink” - Raoul Dufy

The importance of color in aesthetics is often paramount. Take gemstones for example, which have been highly prized since the BCE era and even up till today. Without its alluring colors, gemstones are mere rocks without significant value. 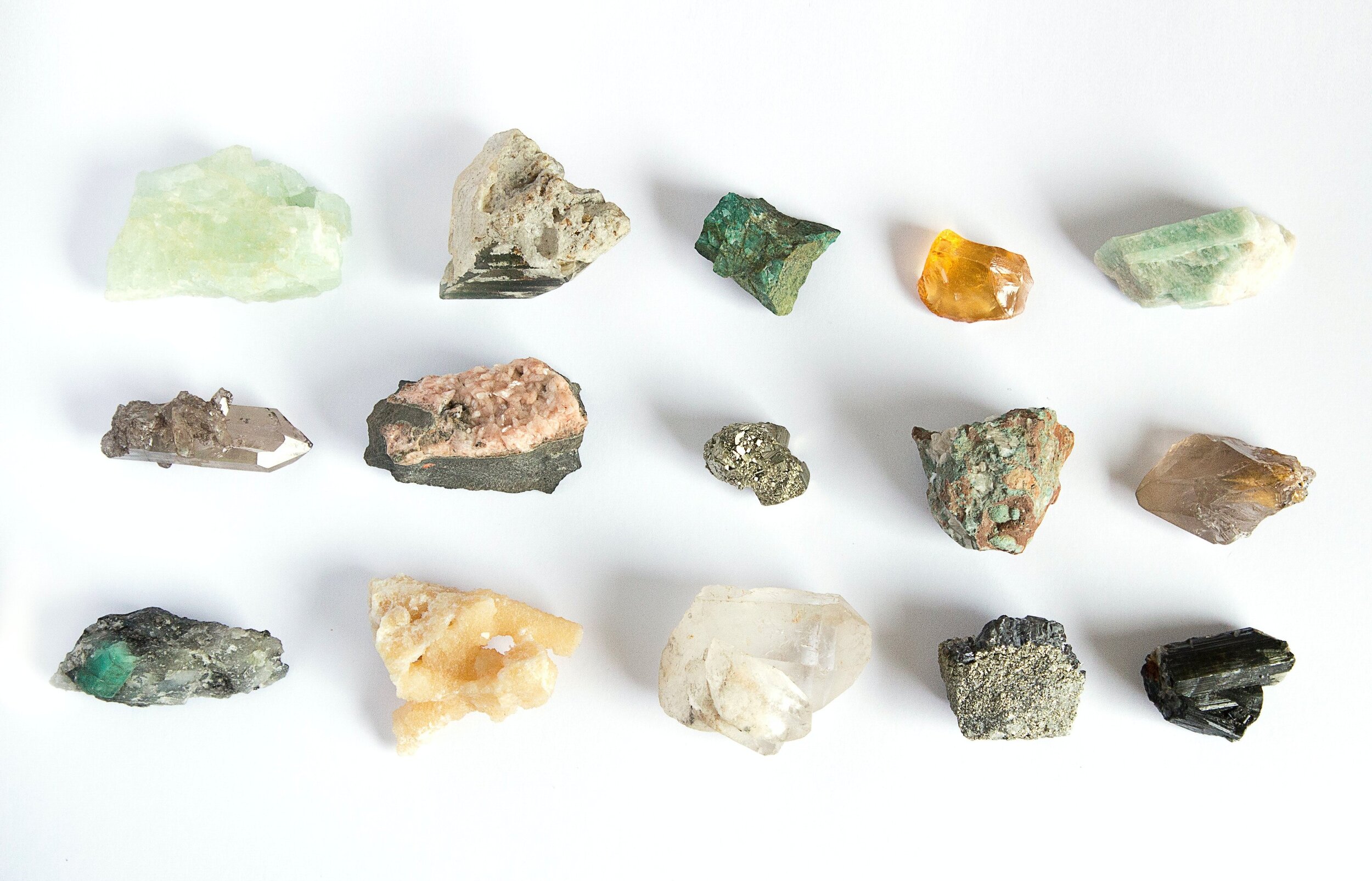 An assortment of gemstones. Photo by Franco Antonio Giovanella on Unsplash

Today, the colors of gemstones bring associated symbolisms and meanings to it, enabling them to play a significant role in the way we express ourselves and show our appreciation or intentions toward others. And it is this added meaning and hence value of these gemstones that convince us to willingly part with our money in exchange for one.

Known for its rich blue hue with gold flecks, the Lapis Lazuli gemstone is highly sought after due to the rarity of its color in nature. Lapis Lazuli is one of the rarest semi-precious stones in gemology. Discovered in Afghanistan and kingdoms from Egypt to Siberia, it is little wonder why Lapis Lazuli Jewellery is so popular.

Lapis Lazuli is timeless and versatile, with evidence of its usage stretching back to more than 6500 years ago during the ancient civilization. From Egyptian pharaoh coffins to religious and decorative artefacts in Europe, Lapis Lazuli has played a crucial role in the creation of extraordinary craftsmanship in the ancient times.

Today, it is used in making jewellery and other ornamental objects. Whether it is Lapis Lazuli earrings, necklaces or pins, Lapis Lazuli Jewellery has made its mark in the world of “artisan jewellery”. 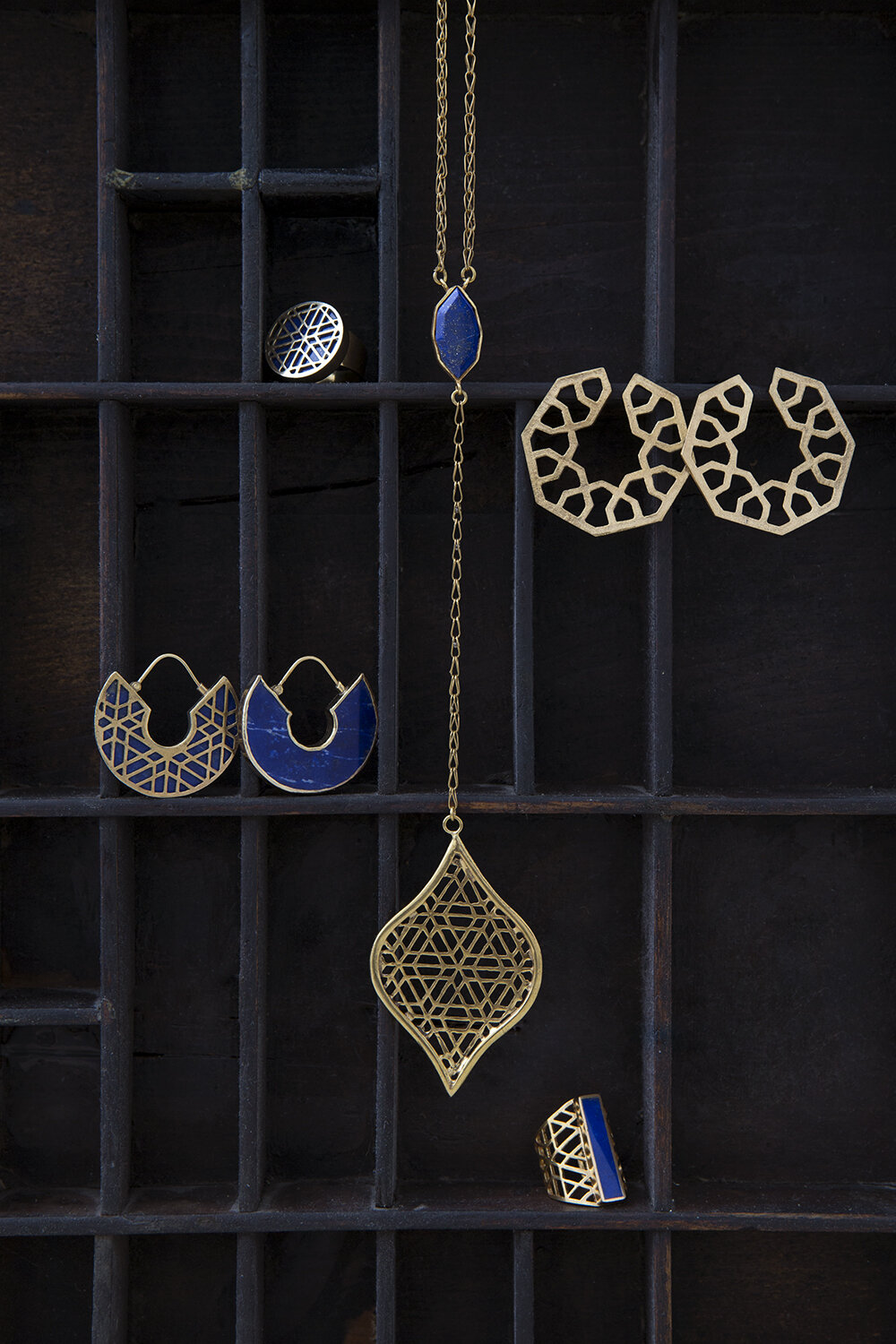 “Above all other accessories, jewellery has a way of imparting regality. The way it sparkles and highlights one’s features has fascinated the most distinguished figures in history. That said, there are some gems that have seemingly made more of an impact than others—lapis being one of them.”

A lesser known fact is that Gemstones are actually closely linked with tradition. Tradition is one of the most significant factors affecting the demand and value of gemstones.

We believe that craftsmanship that is handmade is more authentic than the same made by machines. Even though the quality of a machine-made item is still largely acceptable, the authenticity and meaning behind a traditional handmade craftsmanship can never be replicated by a machine.

It’s this reason that jewellery made by artisans is always more highly valued than those machine-made. From designing to crafting, each step is filled with the artistry, soul and traditions of the artisan, making each and every piece unique in its own special ways.  Hence, as artisans slowly lose the race against machines that can mass produce pieces fast and cheap, it is increasingly important to remember the value of authentic handcrafted products and what they truly stand for. 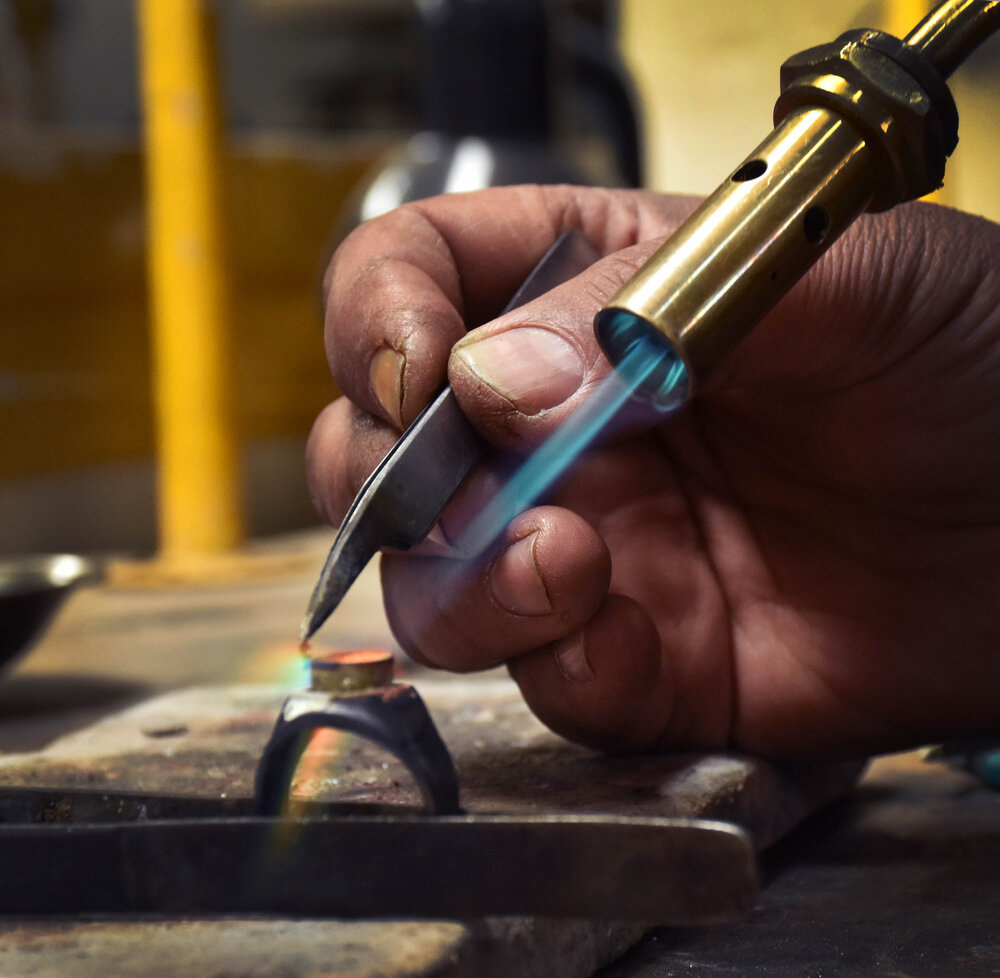 An artisan crafting jewellery with the torch.

"Each [piece of gemstone] says something about the skill of the artisans and the values of the societies that produced them." - Duncan Pay, editor-in-chief of Gems & Gemology.