The jali is a window or latticed screen carved in wood or stone by artisans. Commonly found in Islamic and east-Asian architecture, it originally developed as an architectural solution to battling extreme heat in arid climates as well as regulating light. The geometric, intricate designs of the jali has since become a symbol of beauty.

In India, the word ‘jali’ stems from the Sanskrit word for ‘net.’ The earliest development of the jali in India were lattice-like windows in the Ladh Khan temple. Under Mughal rule, architecture changed dramatically. Local Indian knowledge was fused with Muslim architecture, allowing the birth of new ideas and innovations in local architecture.

European art had an impact on Mughal jali’s as well, as artisans began incorporating floral designs and patterns into their carvings. Famous examples of buildings in India with beautiful jali’s include the Red Fort, Amer Fort, and Hawa Mahal. 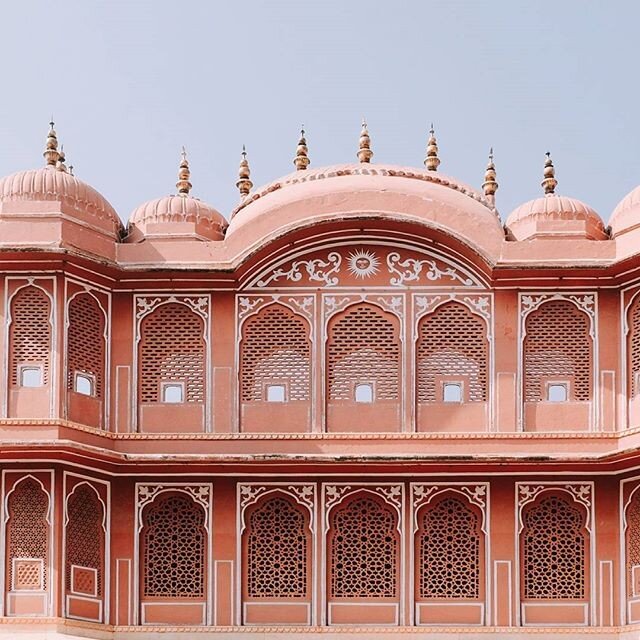 Intricate jali’s on the facade of the Red Fort in Jaipur, Rajasthan, India. Photo: Suitcase

Mashrabiyya in the Arab World

In the Middle-east, jali’s are known by the Arabic word ‘Mashrabiyya.’ Initially, a mashrabiyya was a lattice structure meant to cool down water in clay urns. It later developed into windows, partitions, and screens and became an integral part of architecture in the Middle-east.

In Islamic architecture, the evolution of the mashrabiyya coincides with Islamic notions of privacy and gender. The mashrabiyya provides a shield from the outside world. Mashrabiyyas were also used as partitions between men and women within mosques. Mashrabiyyas were used in palaces, residential houses, and then later became part of mosques, hospitals, and government buildings. The use of the mashrabiyya spread across the Muslim world to the famous Alhambra in Spain and to Morocco and Egypt in North Africa.

Mashrabiyyas have a celestial, spiritual element in Islam as it’s a metaphor for light. The ornate carvings originated from the strong foundation in geometry and science in Middle-eastern societies and the designs represent notions of infinity, the heavens, and symmetry within Islam. 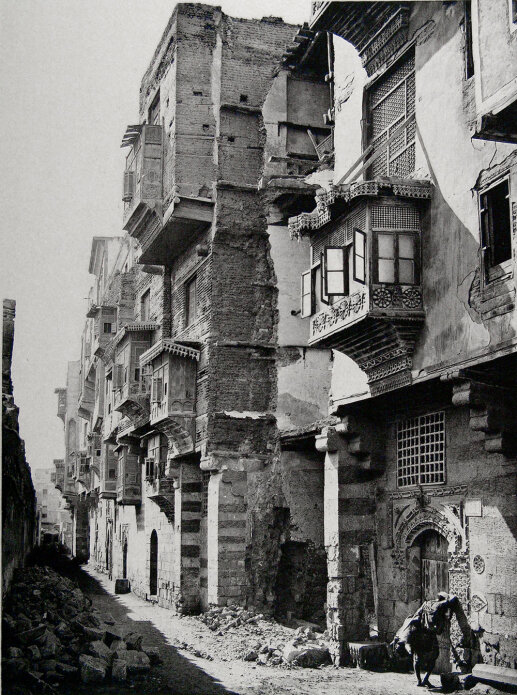 Jali’s on the ancient streets of Cairo, Egypt.
Photo: Topographical Photography in Cairo

Our latest jewellery collection, Jali, is inspired by these stunning, ornate carvings.

In Kabul’s Murad Khani district where our non-profit partner, Turquoise Mountain is located, examples of intricate jali carvings can be found on buildings, many of which were destroyed during Afghanistan’s civil war. Hence, Turquoise Mountain has been working to revive historical districts of Kabul and to bring these historic buildings back to life.

By bringing jali to the global stage, Afghan artisans are sharing their craft and history with people around the world. We’re proud to honour this ancient legacy and present a beautiful jewellery collection that honours the intricate architecture of the Middle-east and Asia. 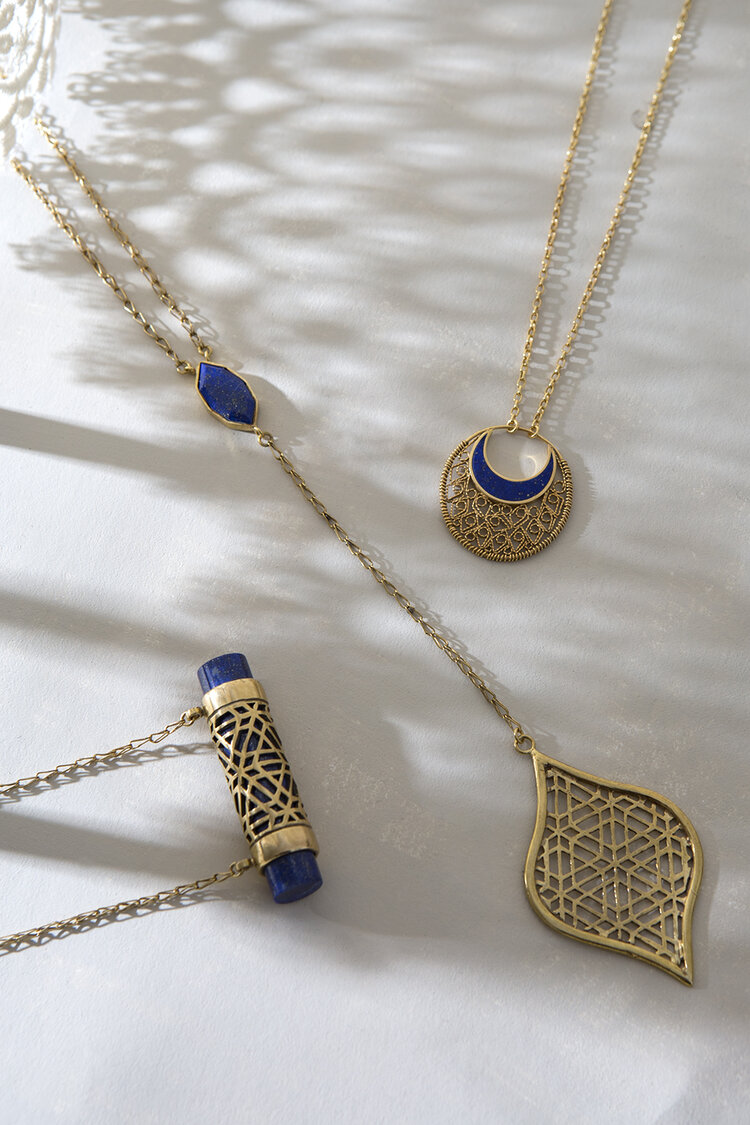 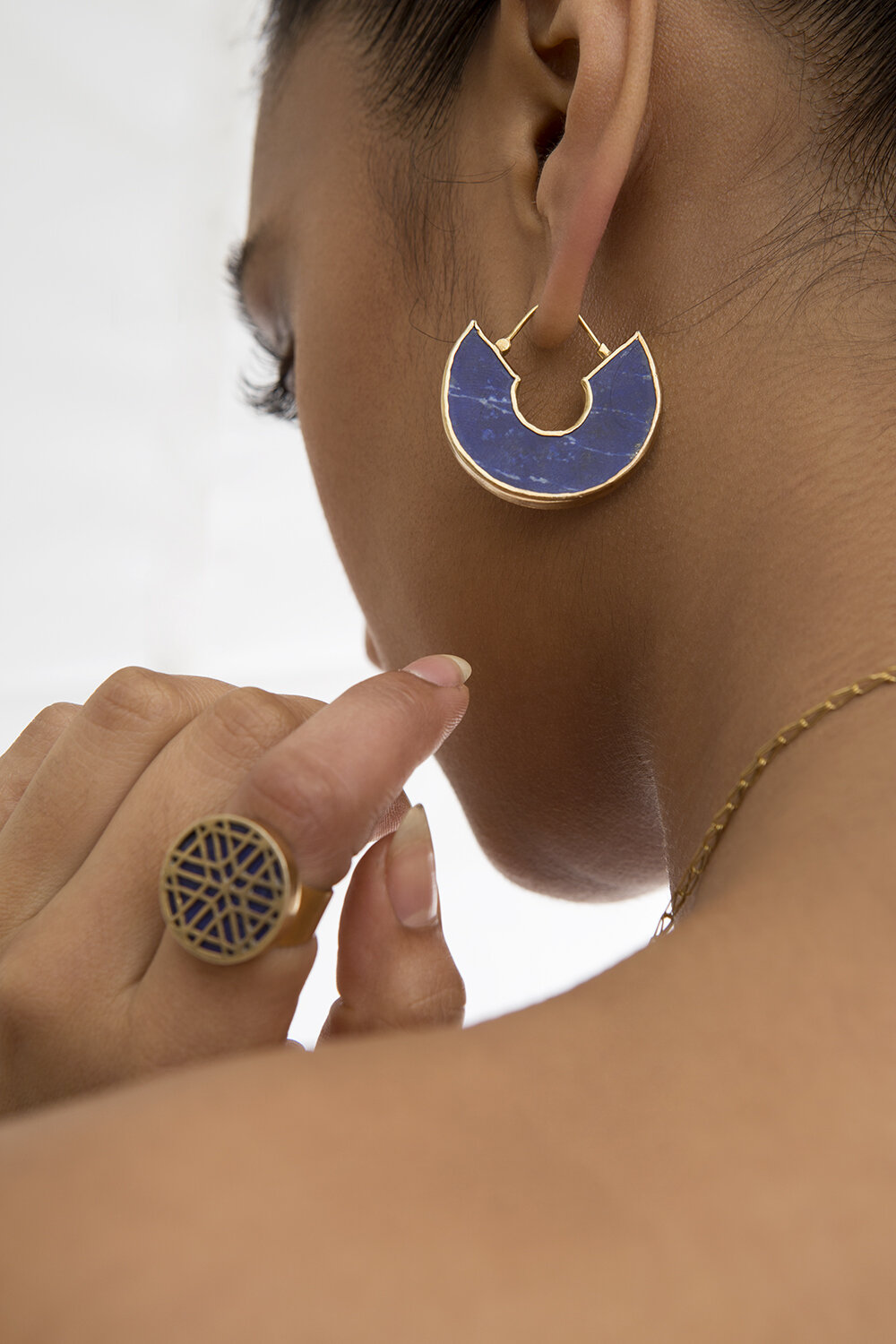