Artisan & Fox
For our latest collection, The Silk Road, we journey back in time to the ancient world where the East was known for its wealth, affluence, and knowledge. As goods and ideas spread between different cultures and societies, new ideas emerged, driving innovation that would forever change the world.

What Was the Silk Road?

The Silk Road was a series of ancient trade routes used by merchants and traders for more than 1,500 years. Spanning from the Chinese Empire to the Greeks, these networks were instrumental for spreading ideas and goods across different empires and allowing new ideas to flourish. The Silk Road began in Xi’an, China, following the Great Wall of China, before passing the Pamir Mountains via Afghanistan, and then passing along the Levant. Middlemen were instrumental in passing goods through and the impact of trade had an extraordinary impact in Central Asia, where many trade towns flourished into multi-cultural cities. 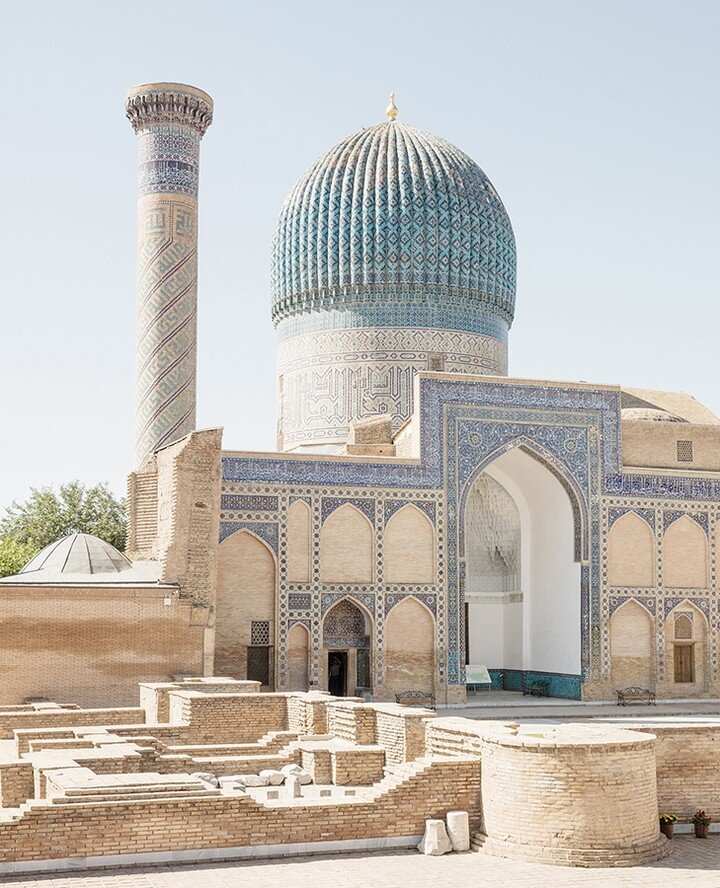 At the heart of the Silk Road in Uzbekistan. Bukhara emerged as a rich merchant city as textiles and craftsmanship were traded throughout Asia. Image: Suitcase

These ancient networks were later coined ‘The Silk Road’ by German geographer Ferdinand von Richthofen. The term refers to the fact that Chinese silk was traded along and sent back to Europe where it was a luxurious, coveted good esteemed by the elite. The term ‘Silk Road’ is meant to represent the transfer of goods and ideas across different cultures at the time.

While silk was indeed one of the items traded along these ancient routes, other goods such as spices, oils, scents, and other materials like ivory and jade were also traded. In these ancient roads, ivory carvings from India, glass vases from Syria, Roman dishes from Italy, Chinese silk, and precious spices like amber and frankincense ebbed and flowed from East to West. 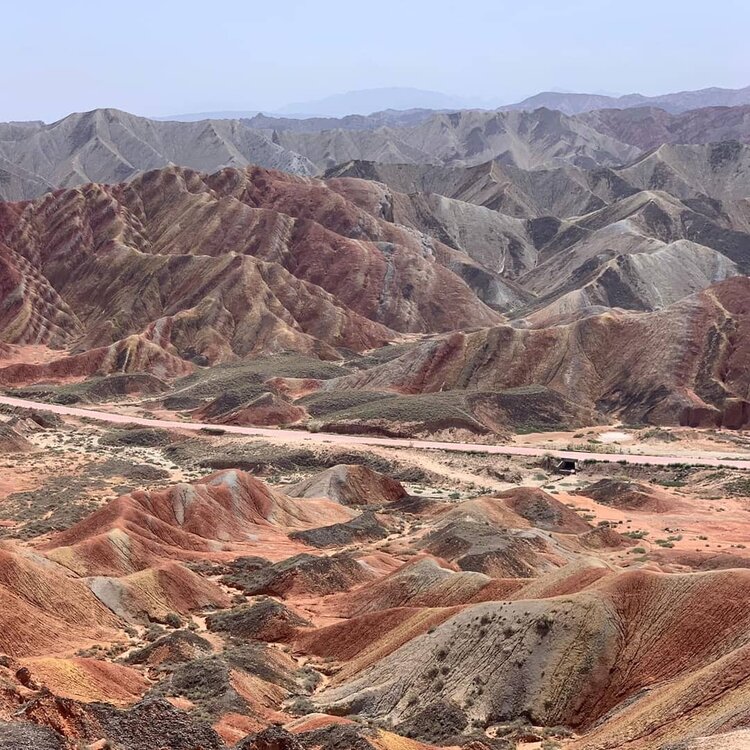 The Rainbow Mountains of the Gansu Province. Image: Loren Coxoto

Impact of the Silk Road on Afghanistan

This collection pays homage to the instrumental role the Silk Road played in Afghanistan’s history. Sitting at the heart of central Asia, Afghanistan was the meeting point of ancient trade routes. Under the Silk Road trade networks, rich merchant cities like Herat, Kabul, and Balkh emerged, contributing to the financial and cultural development of Afghanistan. With the Chinese empires to the West, and the Persian empires to the East, Afghanistan’s geographical location was instrumental. 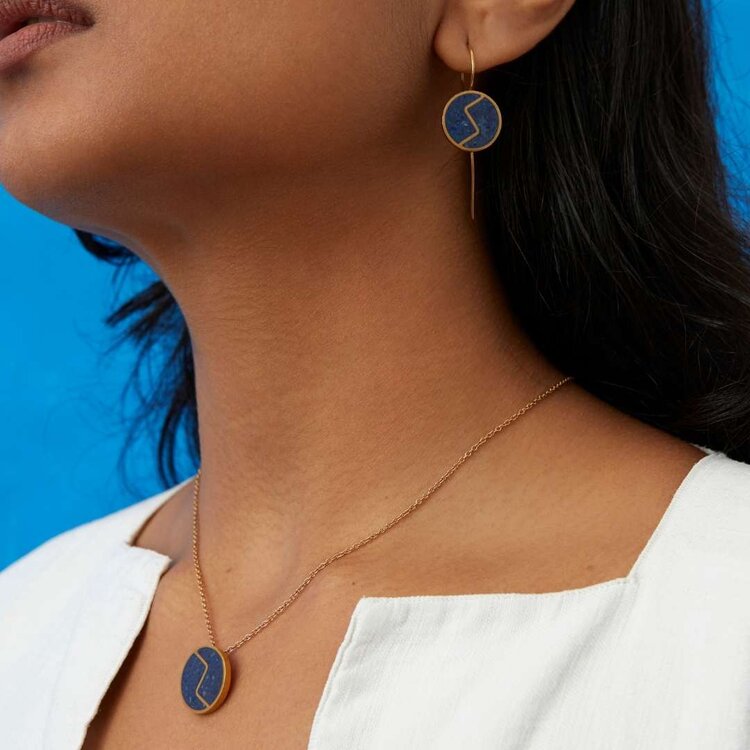 One of the main goods that Afghanistan traded along the Silk Road was Lapis Lazuli - an ancient blue gemstone that has been mined in the Badakshan province for centuries. The Lapis Lazuli stone, which features heavily in this collection, was traded as far as the ancient Egyptians and was used for their ceremonial and religious artefacts.

The Silk Road collection celebrates the wealth of history of these trade routes. Each piece from this collection has been ethically handmade in the Old City of Kabul in collaboration with our non profit partner. 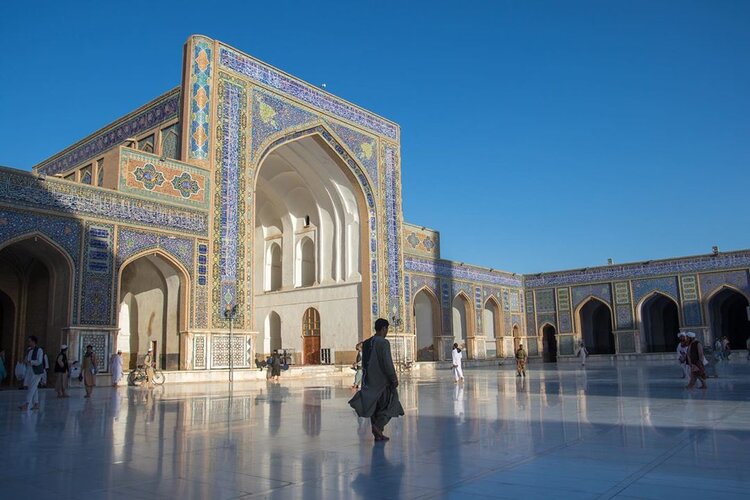 
Our latest jewellery collection, The Silk Road, is inspired by these ancient trade routes that forever altered the course of history. 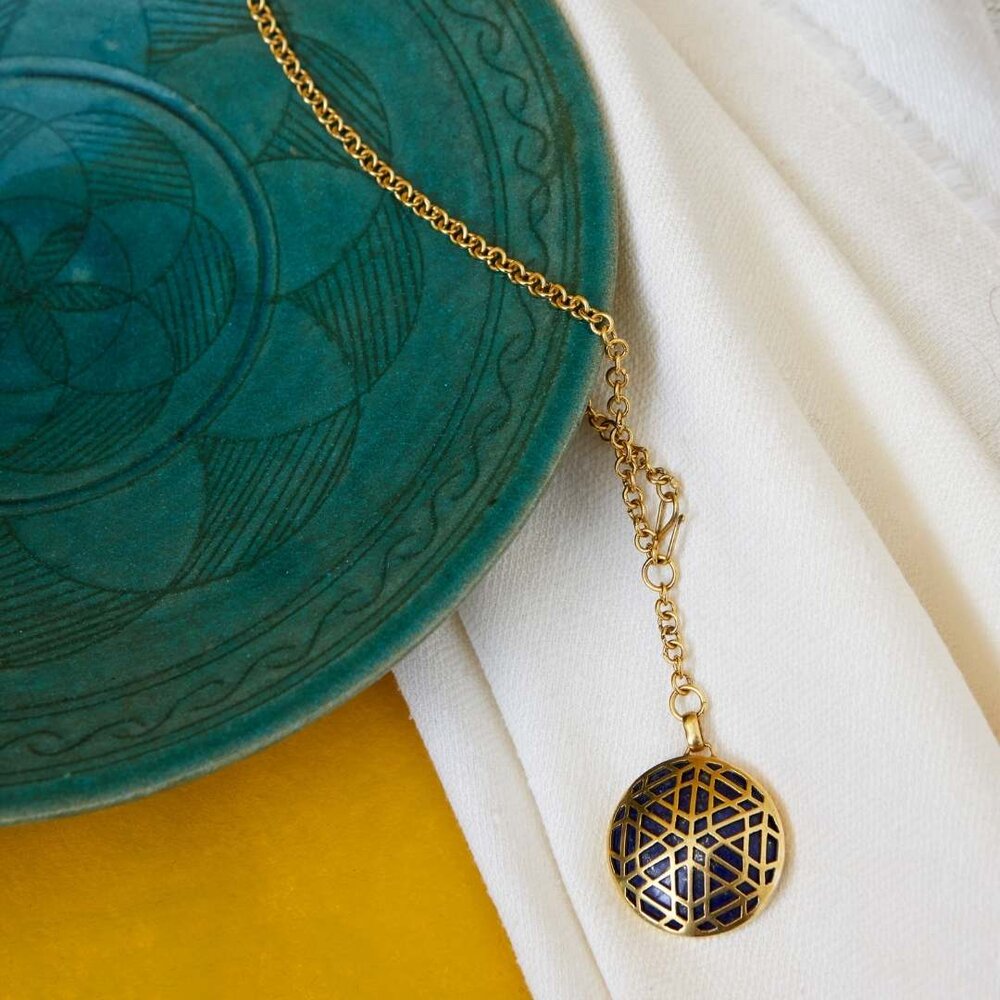