At Artisan & Fox, we’re constantly inspired by the rich history of the communities where our artisans live. We co-create artisanal jewellery with our artisans that seeks to highlights the wealth of cultural heritage embedded within each region. During our recent trip to Afghanistan to collaborate with our artisan partners, we sought to discuss the Minaret of Jam - a historical Afghan monument that has endured the sands of time.

What’s the Minaret of Jam anyway?

Standing at 65 meters tall, the Minaret of Jam is the second tallest minaret in the world as well as Afghanistan’s only UNESCO World Heritage Site.

The Minaret of Jam represents the splendor and glory of Islamic architecture in 12th century Afghanistan. Constructed by the Ghurid civilisation, the minaret showcases the architectural expertise of the Islamic empire with its array of intricate, sacred geometric patterns.

The Minaret of Jam was also constructed during a period where Jews, Christians and Muslims co-existed in peace and harmony in the mountainous region. The valley where the Minaret of Jam stands is rumored to be where the Lost City of the Turquoise Mountain lays, the ancient capital of the Ghurid Empire. A cultural centre for the arts as well as a capital along the Silk Road, legend has it that the city was destroyed by Genghis Khan amongst his conquests, and all that remains of the Ghurid Empire is the Minaret of Jam. 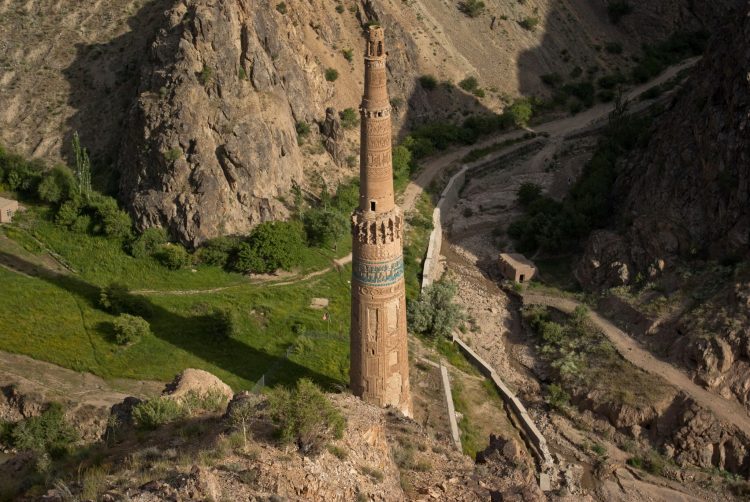 The Minaret of Jam Collection

Inspired by the rich detailing found in elements across upon the Minaret of Jam, our team jointly decided with our Afghan artisan partners to have our latest collaboration be a modern interpretation of the Minaret’s intricate geometric carvings.

The result is the creation of four iconic, timeless pieces of jewellery that uses Afghanistan’s most prized and iconic gemstones - Chryscolla (Bamiyan Turquiose) and our favorite, Lapis Lazuli. 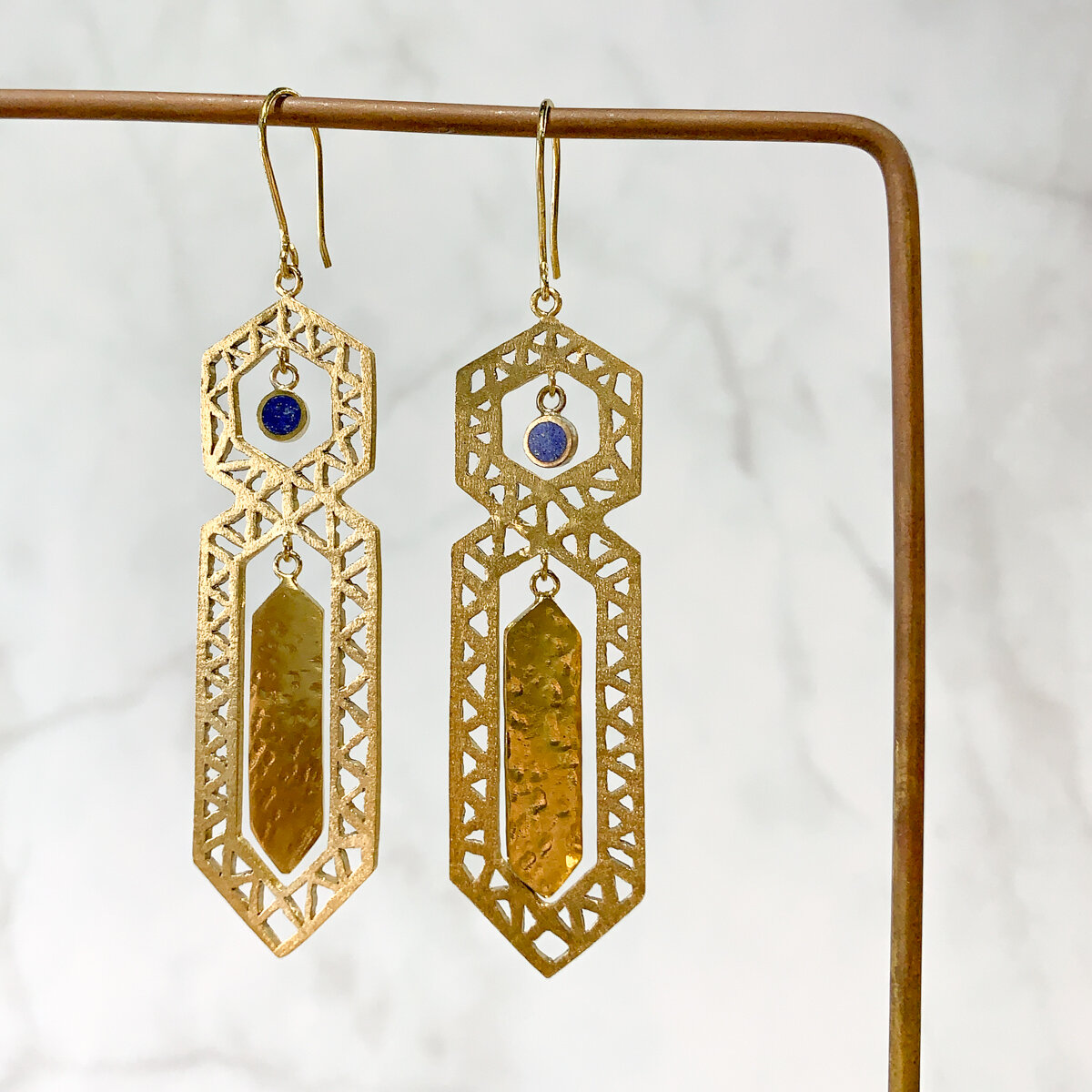 The triangular patterns of the RUKH Hand Carved Earrings in Bamiyan Turquoise echoes the intricate geometric patterns trailing up the beautiful minaret, whilst our MINARET Pendant Necklace directly recalls the shape of the structure with its’ minimalist design.

Together with our artisans in Kabul, we took a modern interpretation of mosaic motifs on the SHAHRAK Earrings and Ring as a tribute to the landscape surrounding the Minaret of Jam. 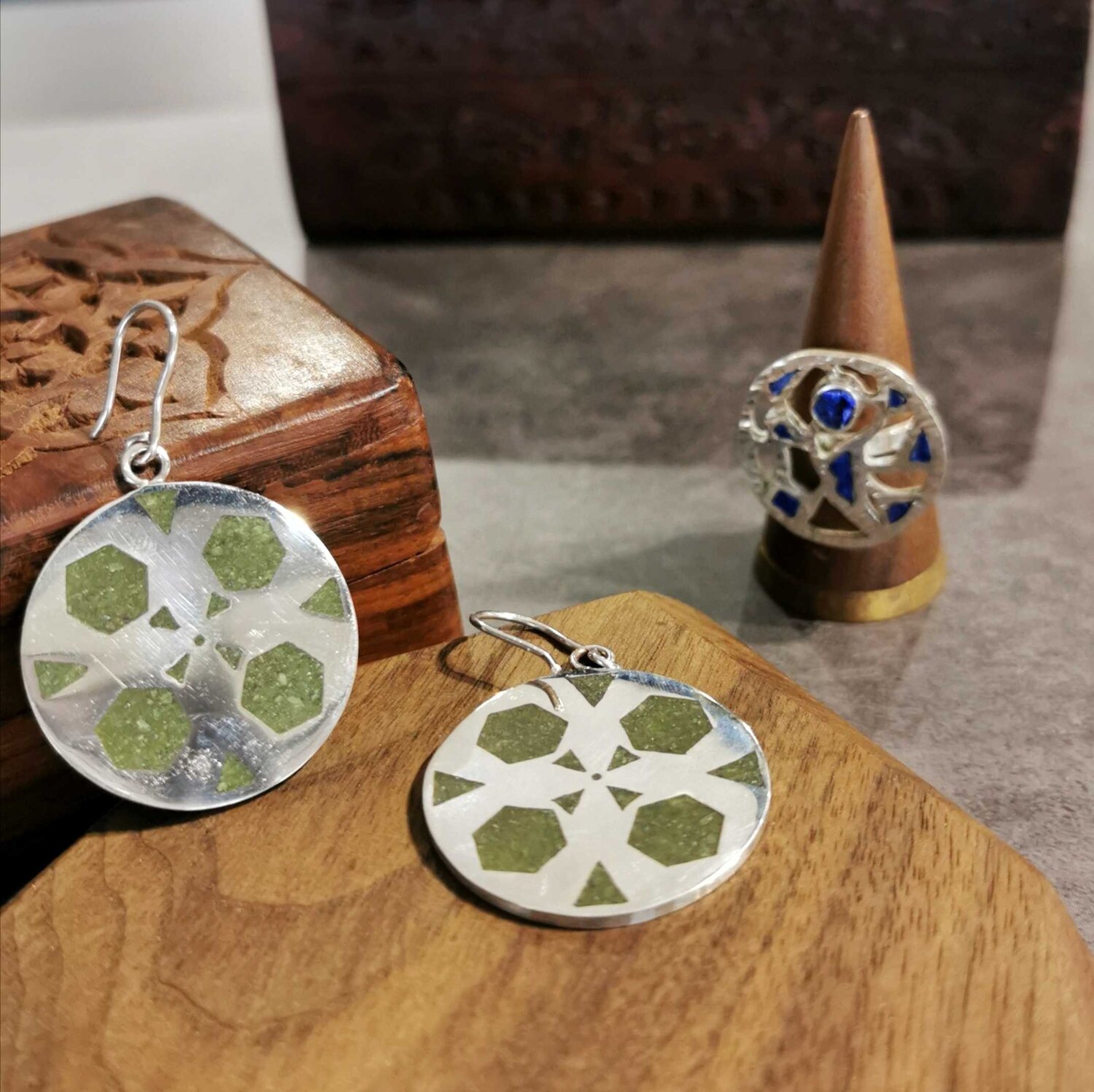 Due to instability in the region, the Minaret of Jam remains at risk from looting by local communities, severe flooding, and erosion. This is worsened by political conflicts which hinders the maintenance and restoration works of the Minaret.

Fortunately, UNESCO is working with Afghan authorities to ensure that this monument to Islamic architecture remains protected for generations to come. 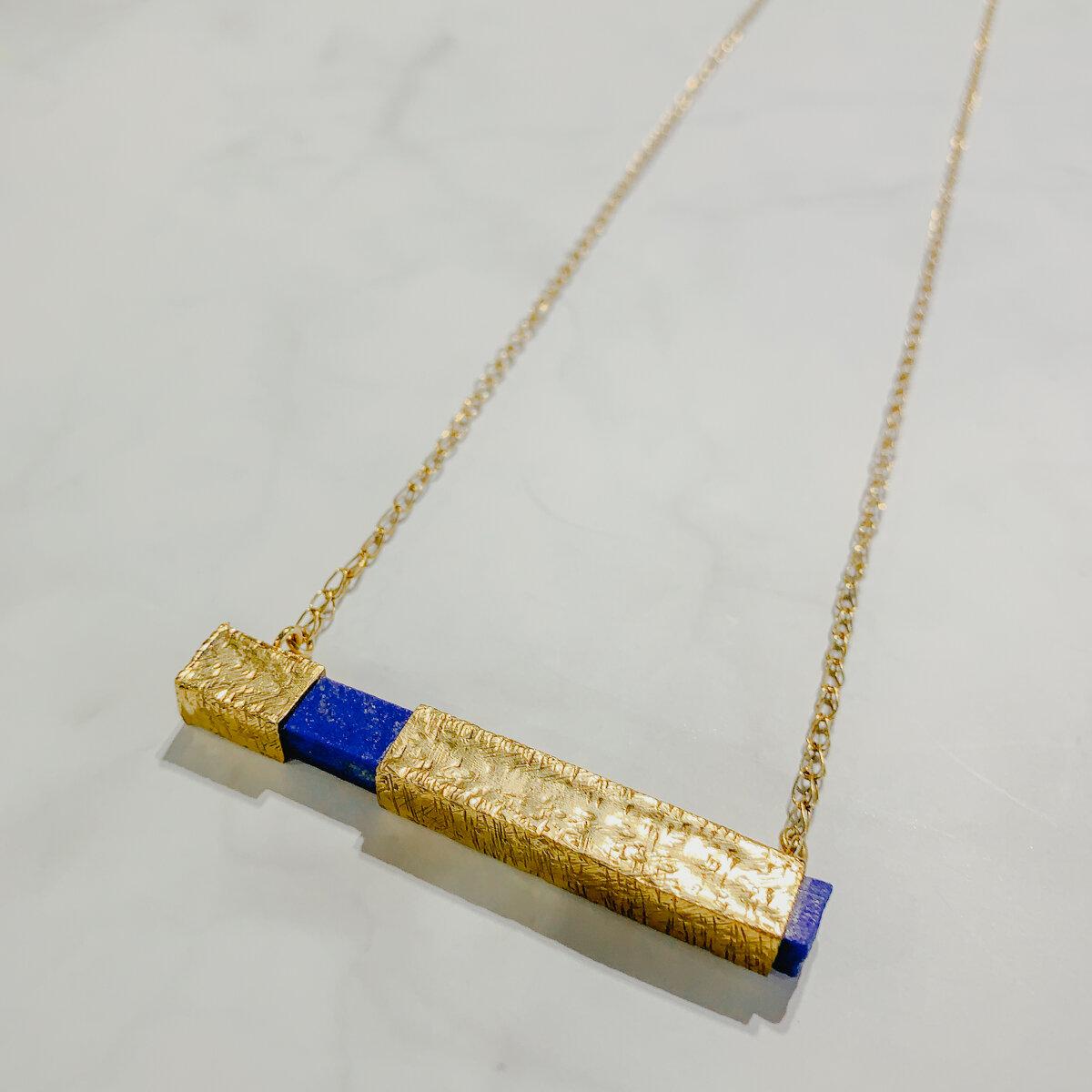 We believe in creating a long-lasting impact in our artisan communities to ensure that their cultural heritage remains protected. That is why we remained committed to collaborating with artisans across the world to share their meaningful stories with the global audience.